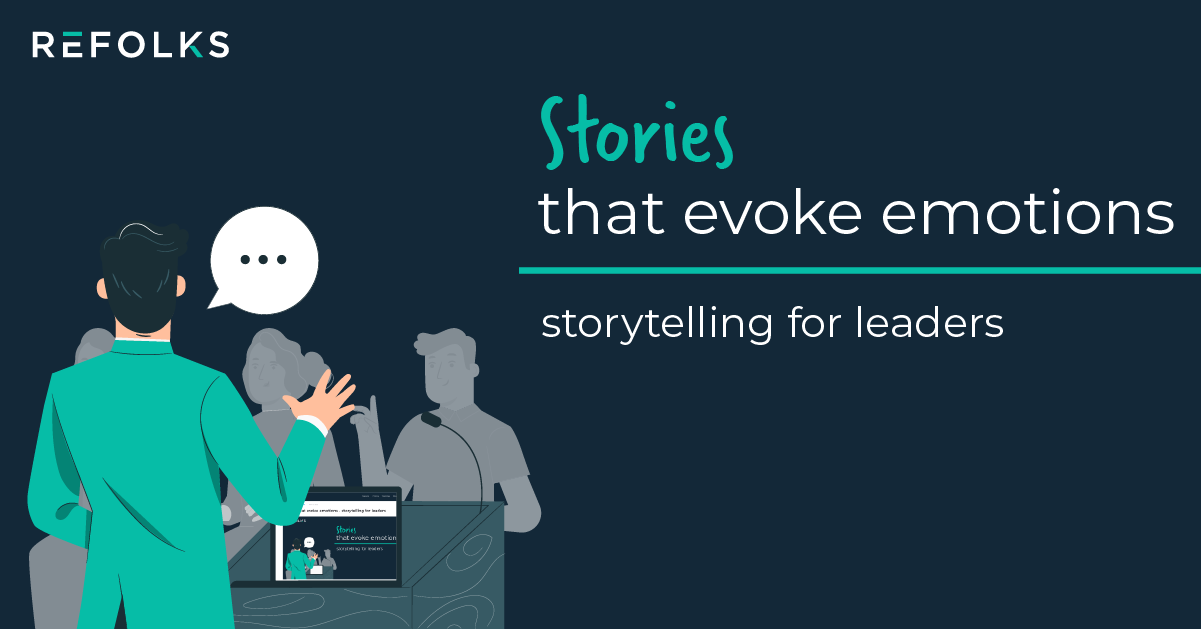 If you're here, you probably already know how to use storytelling to create engaging content. If not, you should definitely check out this blog post here.

‍
Every day we're constantly pumped with massive doses of information and advertising, which may not necessarily translate to the focused attention of the audience we're trying to reach. This is an aspect that many creatives and managers in the creative industry and beyond face.

But what if the message you create is internal? We've got some tips for you on how to use storytelling to both build authority and create exciting and engaging content.

Get to know yourself!

Behind each of us, especially leaders, there are years of experience that have been formed in the work environment. Building bonds with employees is an important aspect of a cohesive team and a strong organisational culture. Tell your story and get yourself to know you.

People need authority figures, role models and stories that reassure them that they are not alone in their experiences. Emotions will play an important role in this type of communication. Don't try to tell a long story about yourself, but show extreme emotions in it. Describe your feelings and struggles with the problem.

This will allow your audience to feel that everyone has been in a similar situation at least once.  Be the inspiration, the protagonist of a story with a problem, but also with a solution and a positive ending.

Storytelling does not have to be strictly about climbing peaks and being an inspiration. In this way, you can also show ways to solve a problem. A challenge then arises, let's say, increasing sales in the next quarter. The problem in this case is a drop in revenue in the previous one. It is worthwhile in this story to touch on the sales model itself, its analysis and the mistakes that have occurred in the pattern. Show another pattern that was effective, convey it in the form of a story - in other words, visualise how it works, and finally encourage readiness in action and motivate the team. A well-told story encourages engagement and builds relationships.

Another example of using storytelling can be the communication of principles.
Communicating clearly and openly what is allowed and what is not helps to build values in the organisation and strengthen them, which in turn prevents mistakes in the future.

The most basic example would be the story of an employee who failed to inform his supervisor about a problem with a customer. Mr X (the client) is not satisfied with the service and gives a bad review of the employee, who in turn keeps quiet about the problem and is afraid to talk about it. What does this lead to? The manager is disappointed with the attitude of his subordinate, even though he did not make a mistake. However, he does not know enough details from the employee to have an overview of the situation. The solution to this story is to rely on openly signalling complications if they appear on the horizon (in this case, the complaining customer). This brings up values such as mutual trust and transparent communication in case of problems. If the employee had informed the supervisor in time, this situation would not have happened at all.

A dash of mystery

We all like transparency and clarity of message, especially in internal communication. But sometimes you can use a little mystery to tell an interesting and gripping story.

Let's take the example of the "bitten apple" specialists.  They are famous for building suspense and mystery around their product launches, which create a positive frenzy and are on everyone's tongues long before the premiere itself. Telling a story that builds exciting tension, revealing more pages about an internal venture can prove highly engaging when it comes to employee acceptance.

In this case, storytelling can be linked to a new product, the opening of a new office branch or a new initiative within the organisation. Posting clues in a series of posts with a relevant narrative over an extended period of time will generate interest and more engaging conversations, keeping employees guessing and anticipating. And when the time comes for an important announcement, employees will be more interested than receiving a simple business memo.

Every end offers a chance for a new beginning

How to communicate a change? This is the eternal question facing leaders. Storytelling seems to be the key here, but the hero of the story cannot be random. It is important to create a character that employees can identify with. It is also important to talk about the change itself in such a way that everyone in the organisation believes in the sense of the idea, implements it without chaos and is aligned with it.

In this case, we should focus on two key issues: the hero and the change. But from the beginning... To start with, indicate the reasons for this shift and what effect it is supposed to have. Show that our hero has succeeded in implementing it and the benefits of doing so. Introduce a motivational factor and acknowledge that your team will definitely do better. Cite an example of what such an implementation would look like in your organisation. It is also worth taking the opportunity to build a sense of community and commitment to the cause, but also to show an aspect of reality. But in the end, if other organisations have successfully implemented change, why shouldn't it work for us.

In summary, an effective leader is able to tell captivating stories, juggle narratives and engage audiences, all while keeping the company's goals and values in mind. These few examples should help you create a plan for your story and create a hero. However, simply creating a story is not enough to achieve your goal. The way it is communicated, i.e. the leader's charisma and commitment to the story, is also hugely important. That's why we're keeping our fingers crossed for your stories, may they be inspiring and uplifting for your audience.

Back to Blog
latest news 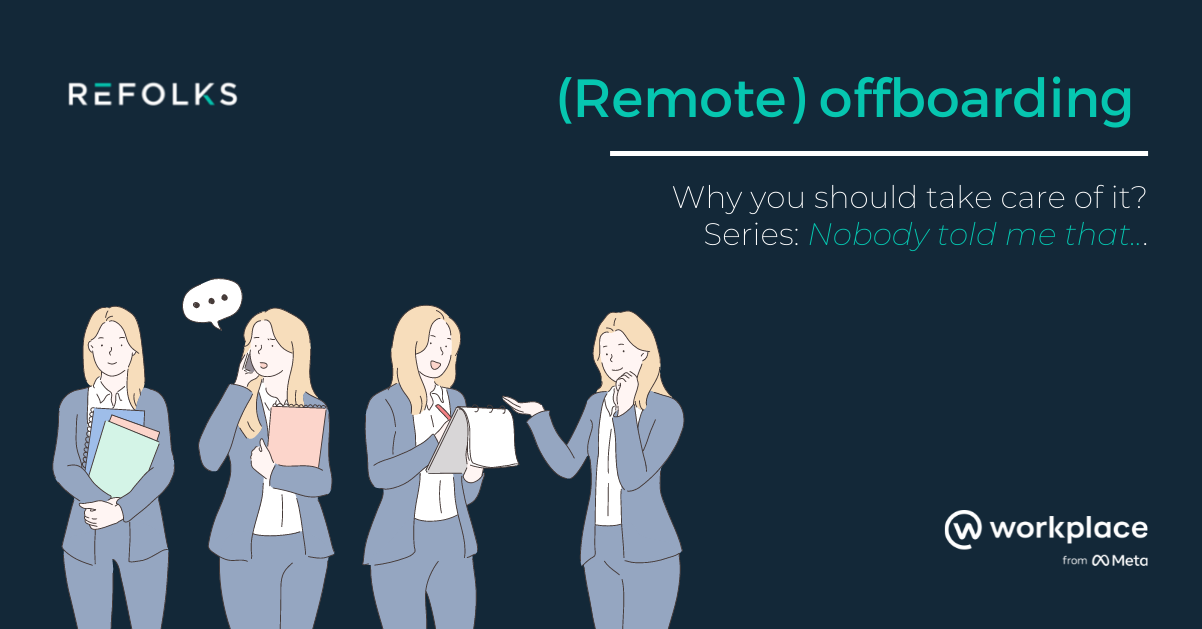 Offboarding falls into the category of those 'difficult' topics in the communication process of HR departments in organizations. It involves a number of steps - from cut-off access and handover of equipment, to handing over responsibilities, to the conversation - both with the person who is leaving and the team. Remote offboarding, contrary to appearances, is not significantly different from offline offboarding, except for the fact that all activities are transferred to the virtual world. 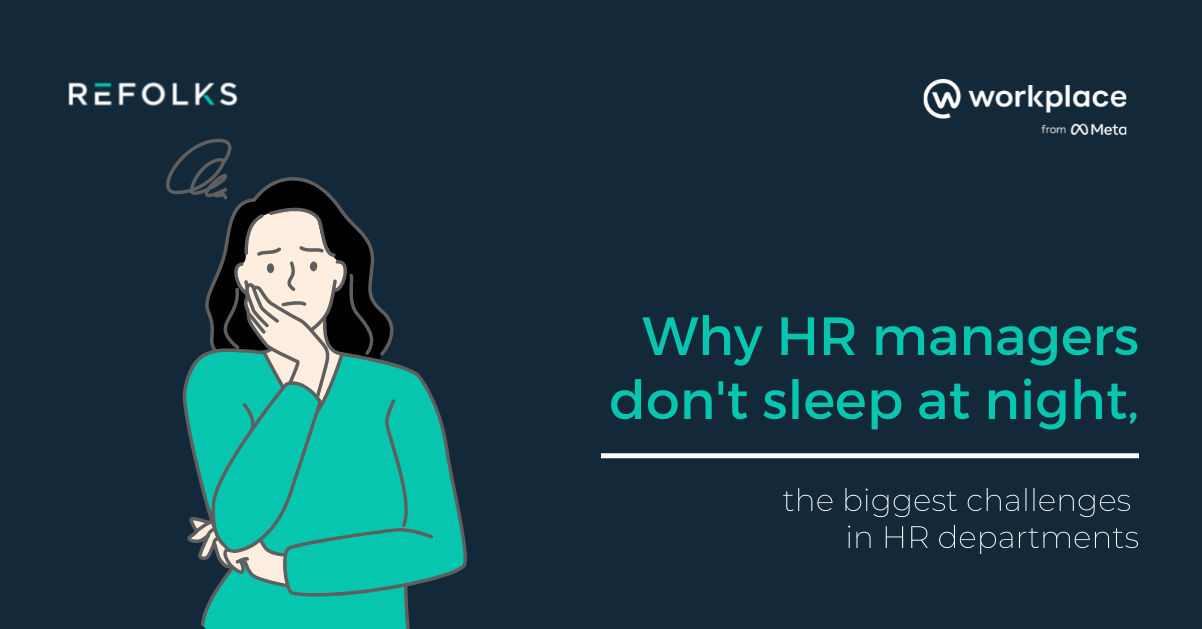 Remote working and the challenges that HR departments face are constant changes. To help employees cope with change, HR needs to help them build trust with each other at all levels. Furthermore, the ability to use the latest technology to drive new ways of doing business is a major factor in the digital transformation of organisations. 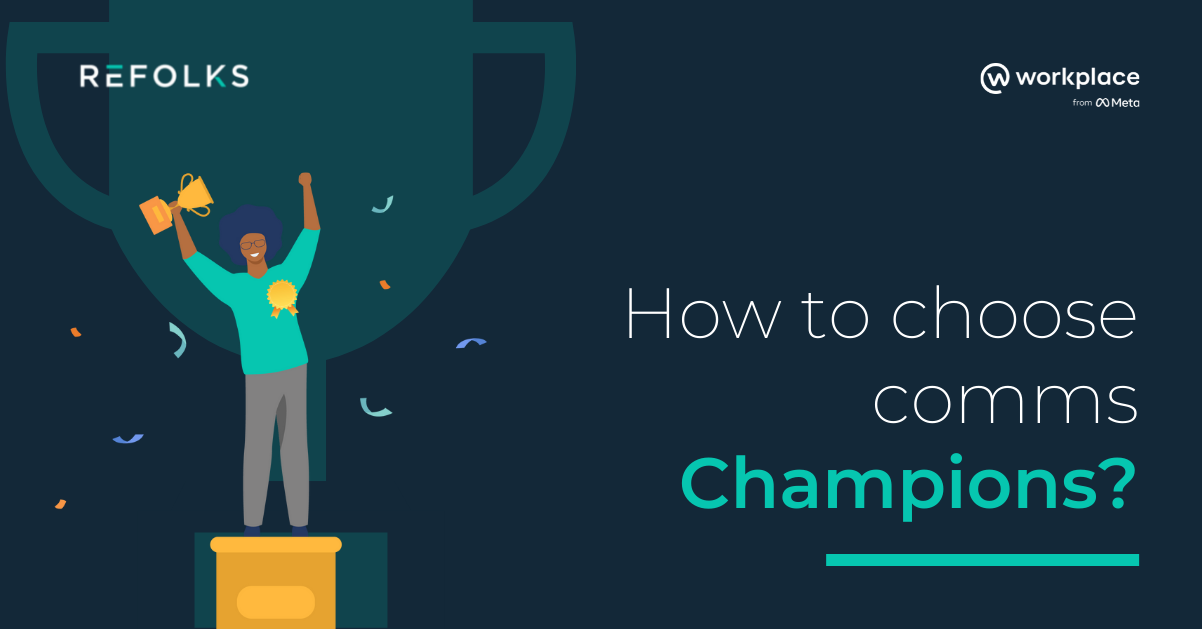 How do you choose Champions on Workplace?

Champions are kind of ambassadors on Workplace. They are individuals who, through their authority, raise awareness of internal communication within the organisation, strengthen relationships within the company and also have extensive knowledge of the tool and the business itself.